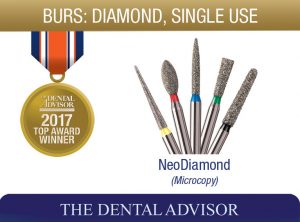 NeoDiamond is a disposable, individually packaged and sterilized diamond bur. It uses TritonTM bonding to fasten diamonds to a Swiss-made stainless steel shank which exposes 20% more diamond cutting surface. These single-use diamonds are available in extra coarse, coarse, medium, fine, and very fine grits in packs of 25. NeoDiamond is color-banded for ease of grit identification. The burs evaluated included:

Numerous other shapes and sizes are available. NeoDiamond was evaluated by 25 consultants in 837 uses. This product received a 96% clinical rating.

Consultants liked the sterile packaging and the wide variety of shapes of NeoDiamond. The most popular shape evaluated was the round-end taper. The majority of consultants reported that cutting efficiency was excellent. The coarse grit cut through enamel and was durable enough for multiple preparations. Having a fresh diamond for each procedure resulted in speedy reduction without clogging. The clear packaging allows the user to see product, and it is well labeled for re-ordering. Twenty-four percent of consultants reported that NeoDiamond was better than their current diamond burs and 60% reported that it was equivalent. Eighty-four percent would switch to NeoDiamond and 92% would recommend it. 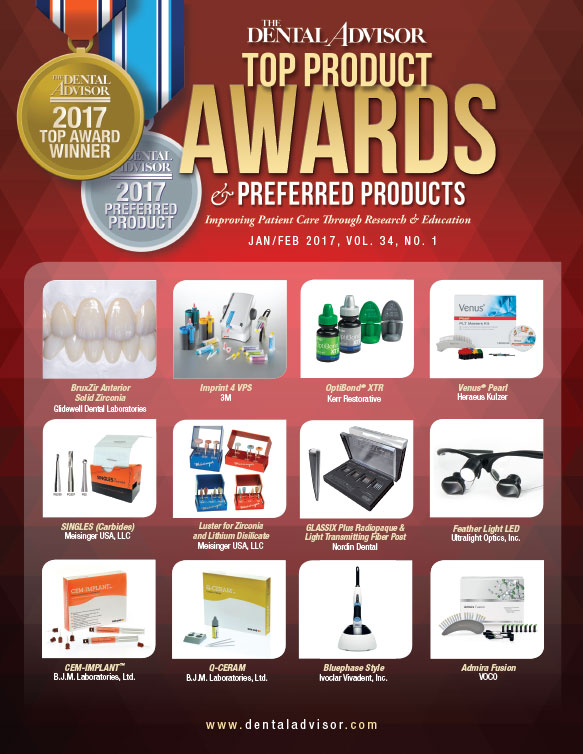