D-Lux is a cordless, high-powered LED curing light. The unit has an aluminum housing and docks onto a charging base. D-Lux produces a light intensity of 1600 mW/cm² in the range of 420-490 nm. An 11 mm light guide is included. The LED display panel indicates curing mode and battery life and acts as a rocker switch to change modes and activate the light. D-Lux has a fast charging system, requiring only 90 minutes. Five curing modes include 5-second Max, 10-second Max, 20-second Mid, 20-second Soft and 20-second Pulse. D-Lux was used by 15 consultants in over 600 uses. This curing light received an 87% clinical rating.

D-Lux is a lightweight, portable curing light. The high intensity allows quick curing of dental materials when desired. The Mid setting is useful when curing next to the gingiva, as less heat is generated. Consultants found the Soft mode tack cured resin cements to a gel state in 2-3 seconds. The LED panel on the unit acts as an on/off switch for activation of the light and the means of changing modes. Pressing the end of the panel closest to the light guide activates the unit; pressing on the end of the panel closest to battery changes modes. There is no tactile distinction between the two functions and users often changed modes inadvertently during use instead of turning on the light. The LED readout was rated excellent for clarity. Thirty-three percent of consultants rated D-Lux better than other curing lights they had used and 20% rated it to be equivalent. Forty percent of consultants would switch to D-Lux and 53% would recommend it to a colleague. 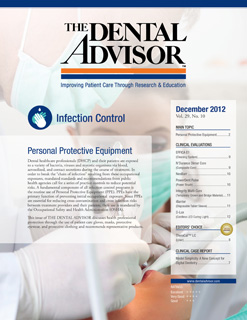