RelyX Ultimate Adhesive Resin Cement is an adhesive resin cement available in a dual-barrel syringe with mixing tips for easy mixing and dispensing. Used in conjunction with Scotchbond Universal Adhesive, it results in high bond strength to both enamel and dentin – measured to be over 30 MPa by THE DENTAL ADVISOR. RelyX Ultimate Adhesive Resin Cement includes a component that activates the self-cured function of the bonding agent and eliminates the need for an additional dual-cure activator. Scotchbond Universal Adhesive also functions as a primer for silica-based ceramics, composite, zirconia and metal substrates. It can be used with total-etch, selective-etch or self-etch bonding techniques. The combination can be used for cementing silica-based ceramic (glass ceramic), zirconia, and PFM and composite restorations including fiber posts. RelyX Ultimate Adhesive Resin Cement is available in Translucent, B 0.5 (Bleach), A1 and A3 Opaque shades. 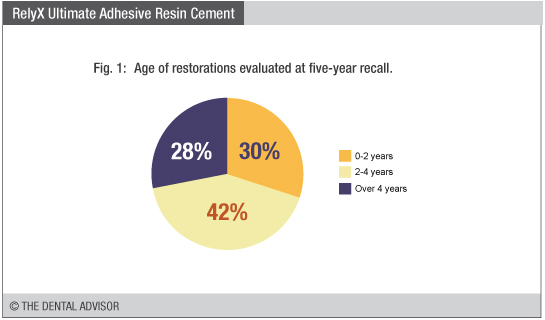 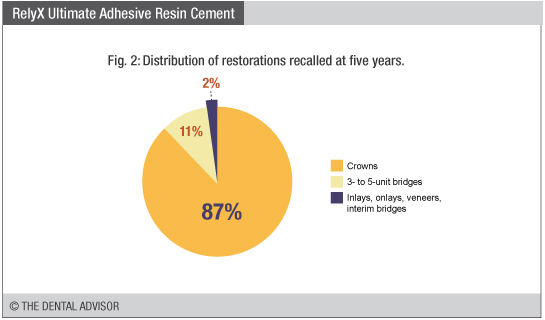 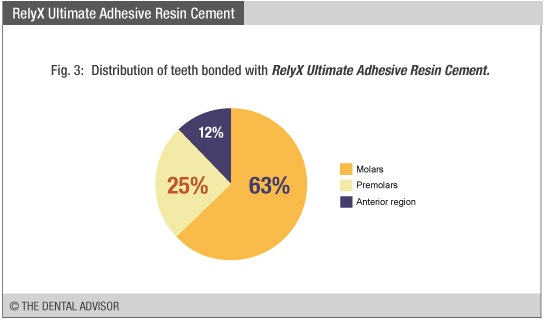 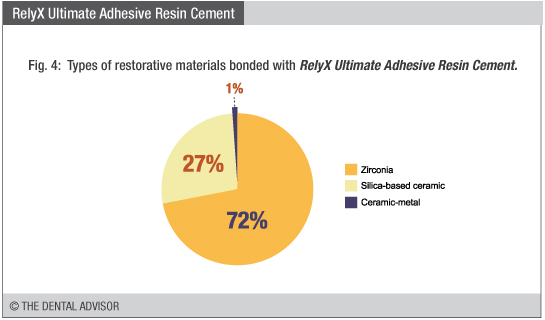 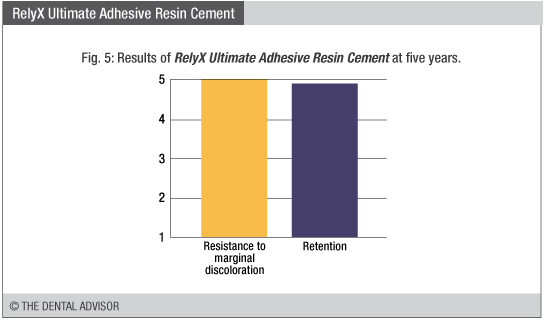 Fifteen hundred and thirty-two restorations (72% of the total number of restoration placed) were recalled by year five and were evaluated in the following areas: resistance to marginal discoloration and retention. Restorations were evaluated on a 1-5 rating scale: 1= poor, 2 = fair, 3 = good, 4 = very good, 5 = excellent.

Retention was rated excellent (Figure 5). During the five-year recall period, 26 of 1532 restorations debonded (1.7% debond rate). Of the 26 debonded restorations, nine of the debonds were associated with tooth failures not related to the cement. The remaining 17 restorations that debonded were recemented with RelyX Ultimate Adhesive Resin Cement. Overall, the retention rate was high (98%), attesting to the high bond strength of the cement to both restorative materials and tooth structure. 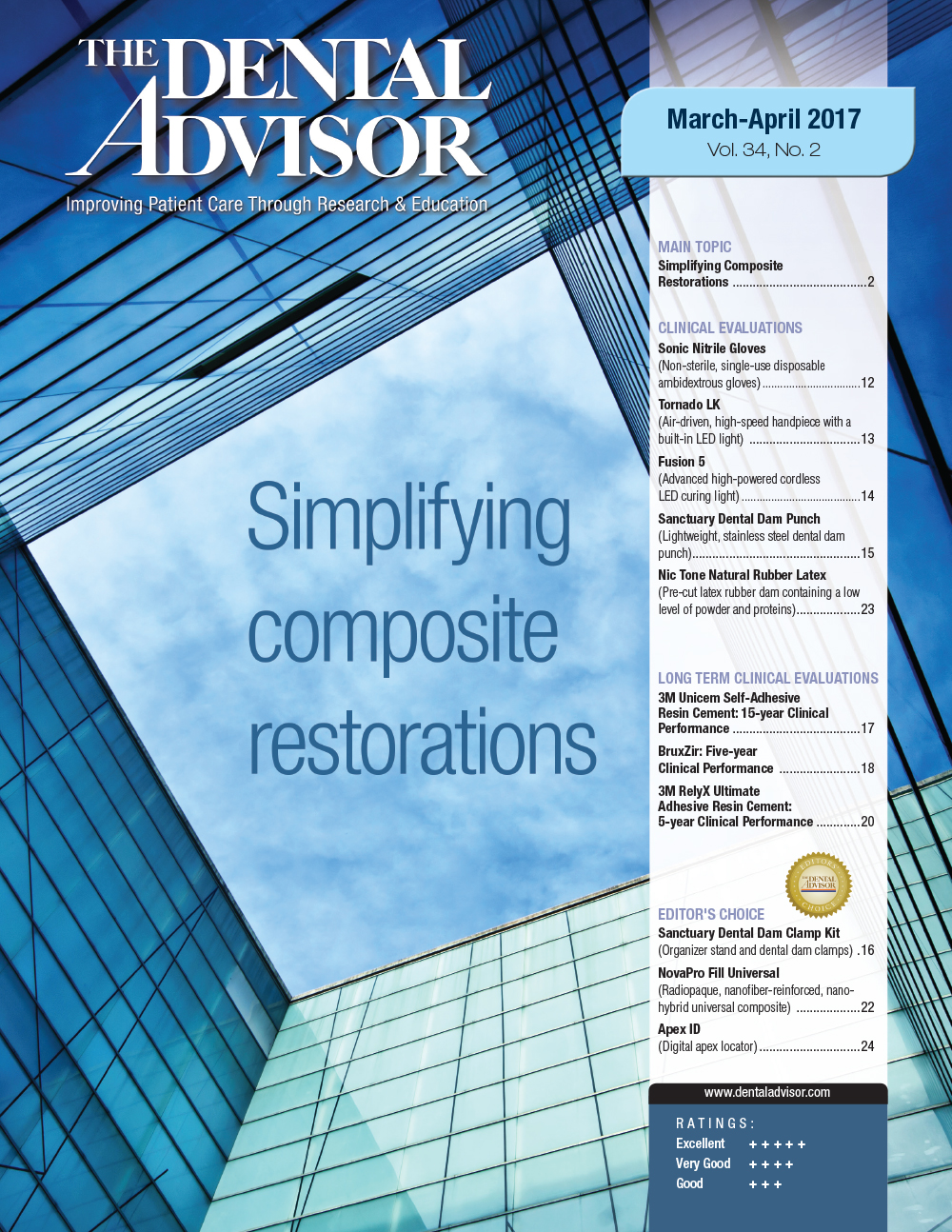