CompCore AF Syringe Mix Stack has a viscosity that flows well yet stacks with little slumping. The flow provides good adaptation to the preparation and around pins and posts. The small syringes are easy to handle, and the sizes of the intraoral tips allow accurate placement into post spaces and prepared teeth. The enhanced translucency of the A3 shade produced very good blending with the tooth and was rated excellent for use under esthetic ceramic restorations. Thirty-six percent of consultants rated CompCore AF Syringe Mix Stack better than other composite core materials they had used and 54% rated it to be equivalent. Seventy-one percent would switch to CompCore AF Syringe Mix Stack and 96% would recommend it. 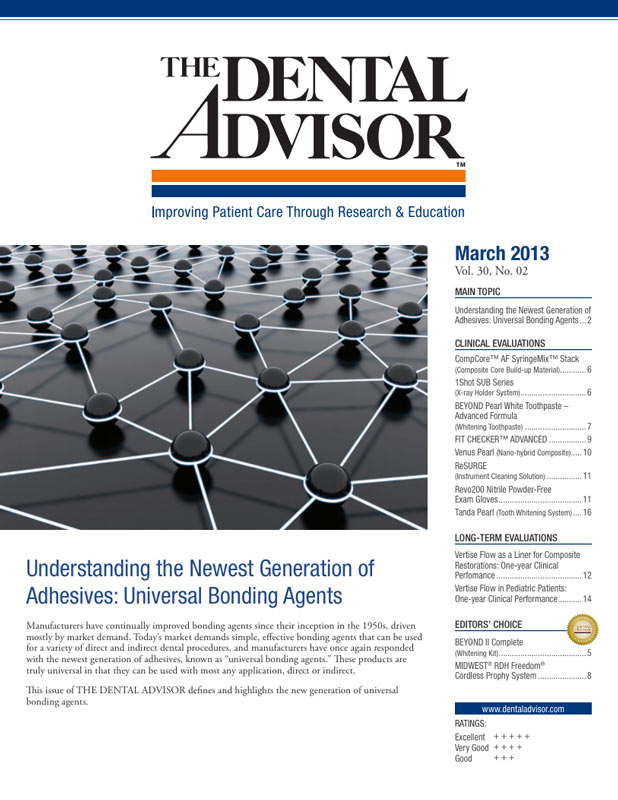