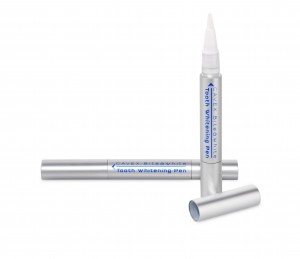 The Cavex Bite & White Tooth Whitening Pen is a “brush-on” whitening tool designed to be used anywhere at any time. The pen can be used for complete whitening of upper and lower jaw or for isolated touch-ups and difficult to reach spots. The gel contains up to 6% hydrogen peroxide and may be applied to teeth twice a day. The hydrogen peroxide is added in the formulation as PVP-peroxide (polyvinylpyrrolidone), which offers stability of the viscosity and potency of the peroxide also at room temperature. In presence of water (in the mouth), the PVP forms hydrogen peroxide which breaks down rapidly into oxygen radicals and water. Cavex Bite & White Tooth Whitening Pen was evaluated by 30 consultants and 44 patients. This whitening pen received an 86% clinical rating. 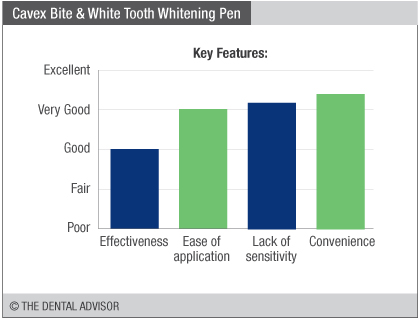 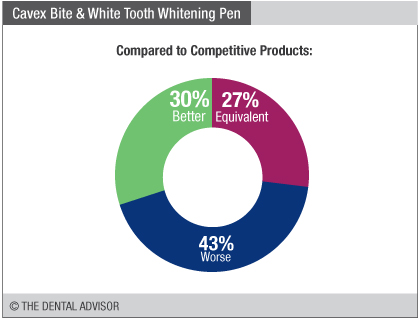 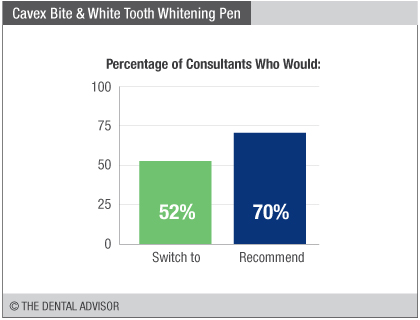 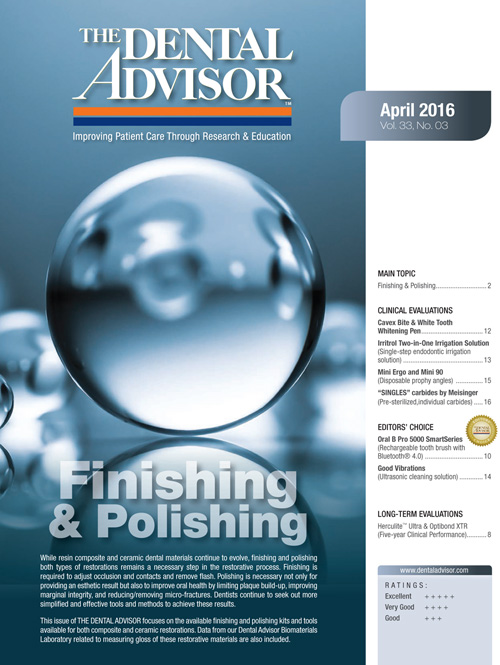