RelyX™ Luting Plus Cement is a radiopaque, fluoride-releasing, resin modified glass ionomer luting cement. It is delivered in a dual-barrel syringe with mixing tips for easy mixing and dispensing and is available in a white shade. It is self-curing with an option for tack curing for easy removal of excess cement. RelyX Luting Plus is also available in both Automix and Clicker formats. 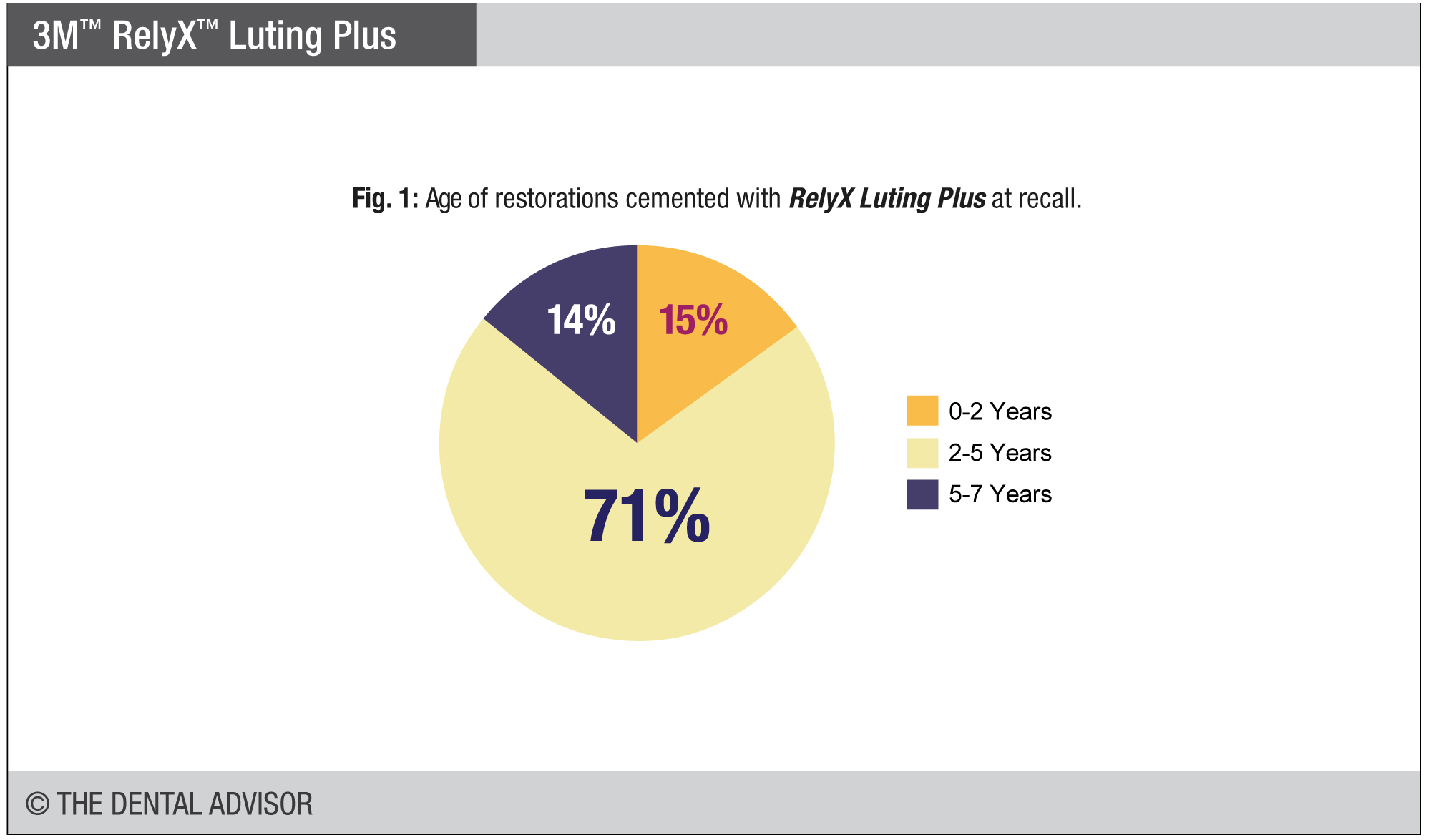 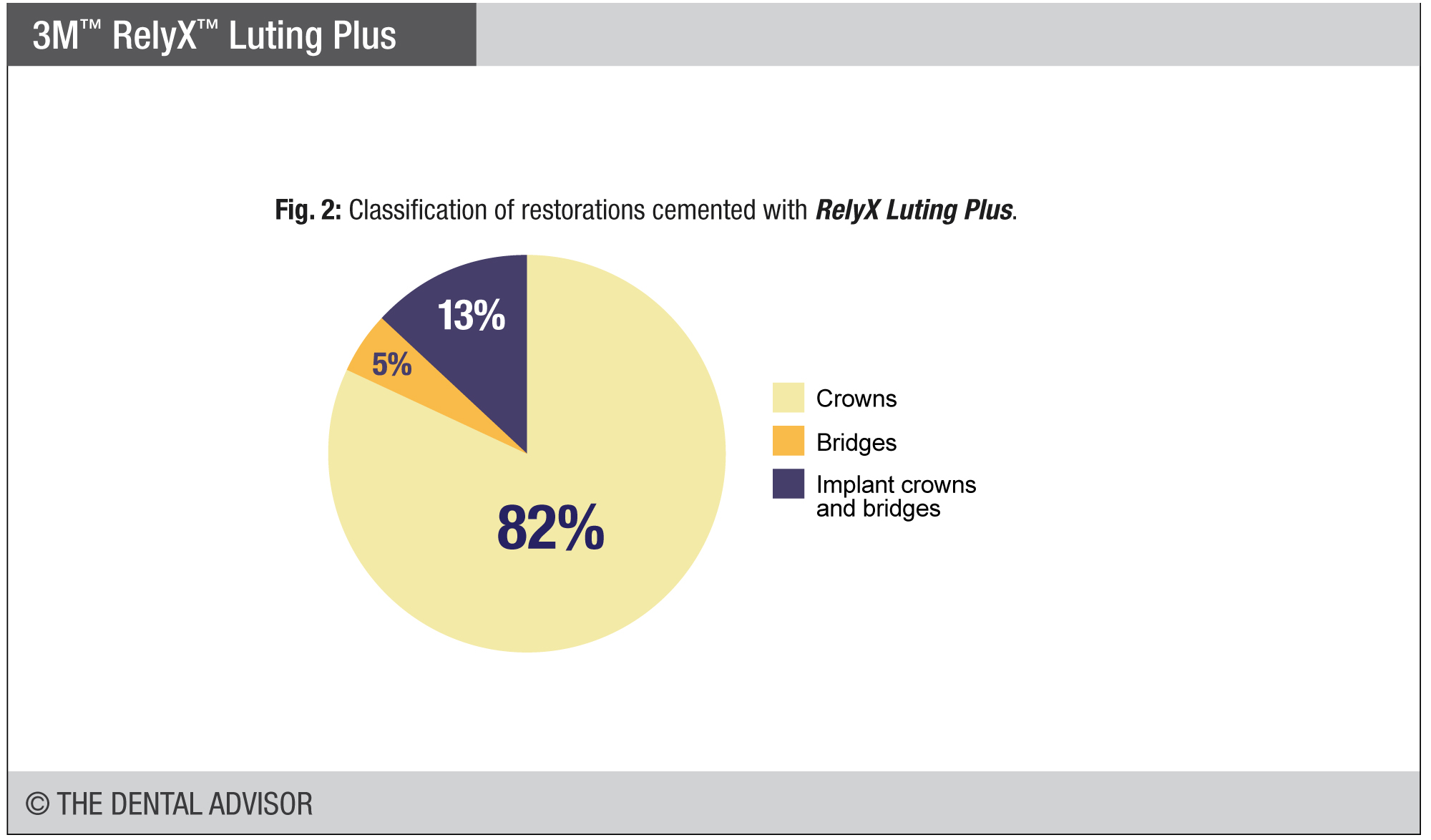 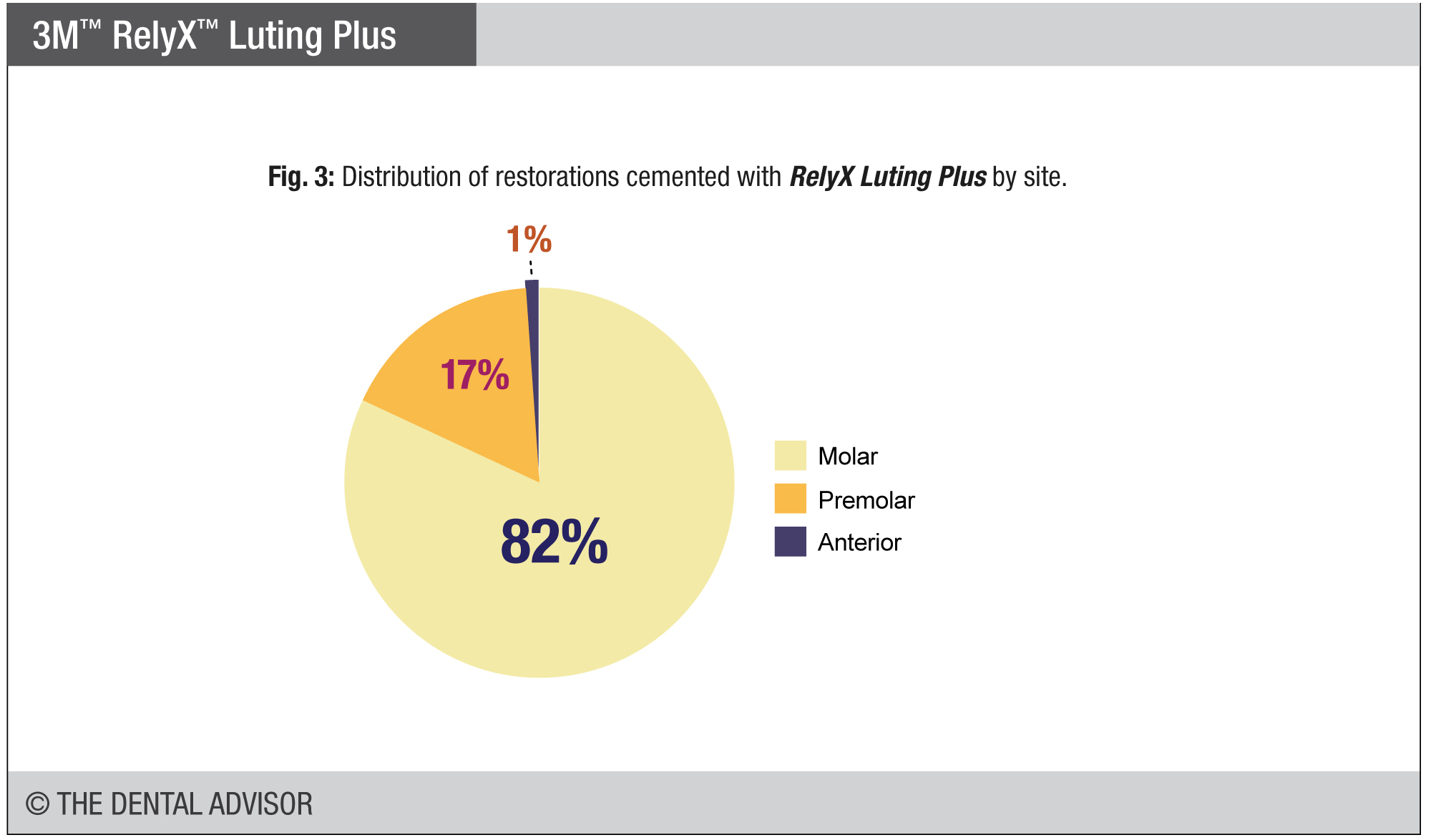 Results at Recall
One hundred restorations (85% of the total number placed) had been recalled and were evaluated in the following areas: resistance to marginal discoloration, esthetics, and retention. Restorations were evaluated on a 1-5 rating scale: 1= poor, 2 = fair, 3 = good, 4 = very good, 5 = excellent.

Retention
Retention was rated as excellent (Figure 4). During the recall period, 3 of 100 restorations debonded.
However, one debond occurred while an elevator was being applied to an adjacent tooth. Two debonds occurred spontaneously. All three restorations were recemented. 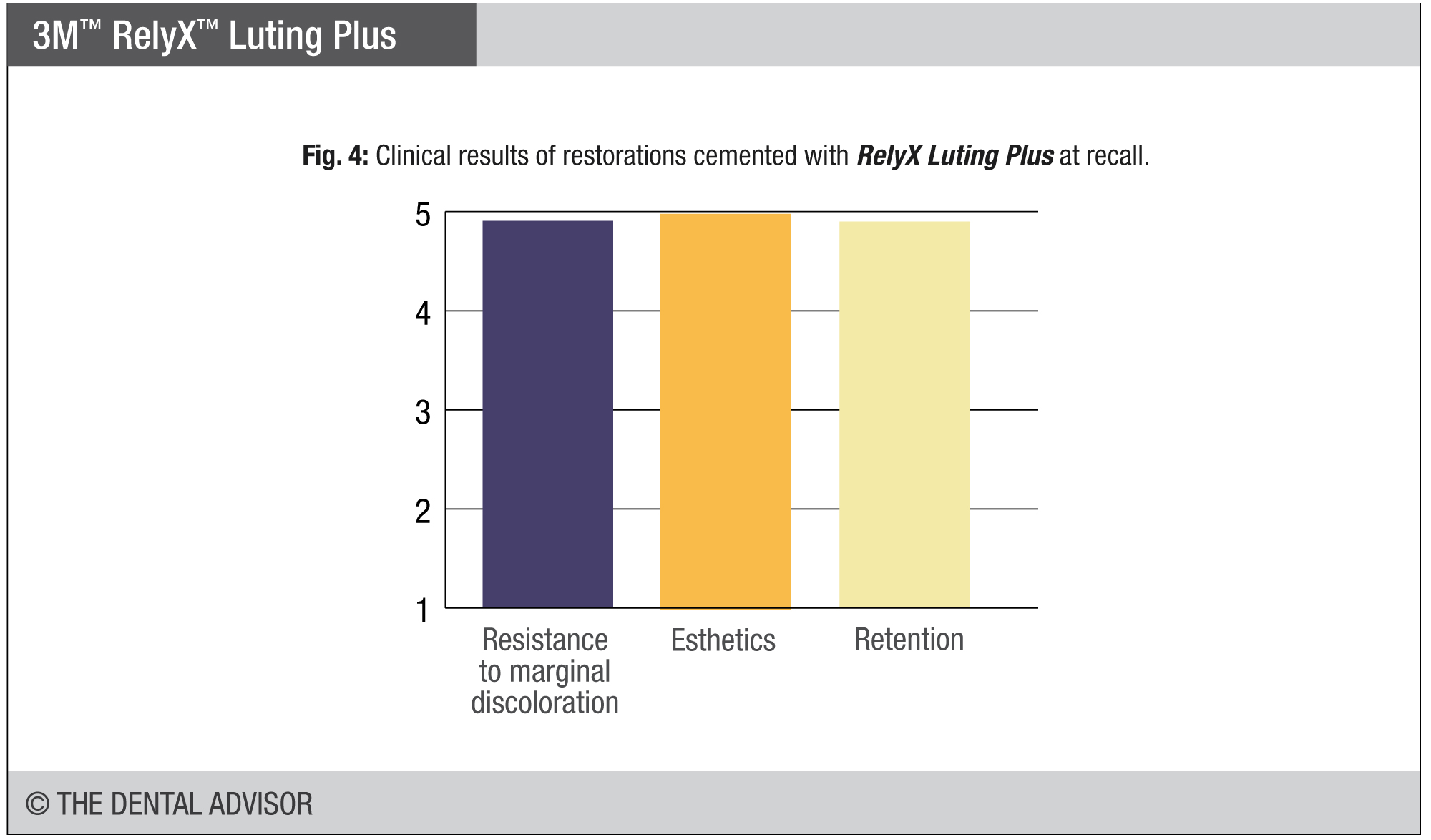 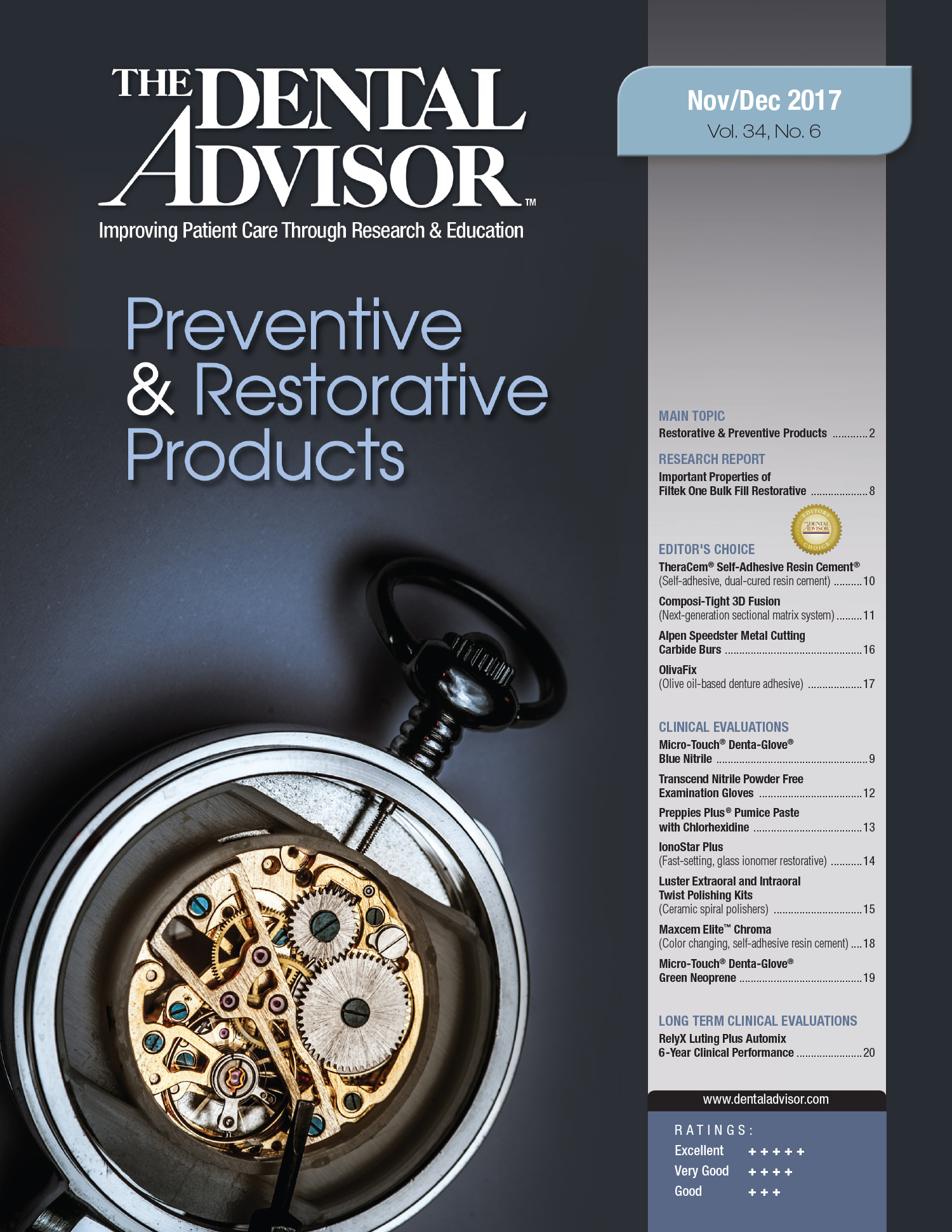