Phocal fluoride disks are formulated for the prevention of interproximal caries and treatment of demineralization. They are designed to fit directly into interproximal sites and deliver a concentrated dose of fluoride to arrest the progression of caries and enhance remineralization. Once positioned interproximally, the disks soften and expand to form a gel that dissolves in 10 minutes. The fluoride effects of Phocal disks are reported to last two to three months. Each disk weighs 4.5 mg and contains 1.23% fluoride ions; disks are available in two versions:

– Phocal Apf (acidulated phosphate fluoride) disks contain 0.103 mg of sodium fluoride and 0.009 mg of hydrogen fluoride. They are designed to induce an optimal low pH and clean/etch tooth surfaces to facilitate deep penetration of fluoride while stimulating the remineralization process.

– Phocal pHn (non-acidic sodium fluoride) disks are indicated for patients with ceramic crowns or composite restorations as they are less acidic and will not etch these materials. They contain 0.122 mg sodium fluoride and are also designed to induce fluoridation and enhance remineralization.

Each package contains 20 disks individually sealed in foil blister packs. Phocal was evaluated by 20 consultants in 207 uses. This product earned an 86% clinical rating.

Instructions/Packaging
Phocal discs and their packaging are color coded, red for Apf and green for pHn. The disks are provided in foil blister packs for individual dispensing. Written instructions for placement are supplemented by illustrations and a video on the manufacturer’s website.

Design of disk
The thin disks were equated to a piece of confetti or a sequin. The directions describe placing the flat disks between the teeth where spacing allows, or folding the disk into a V shape for placement below the contact for tight interproximal spaces, which had its own learning curve. Folding required moistening the disk along the center. If it remained too dry, it was brittle and broke; if the moisture extended beyond the center, it become gelatinous and lacked the stiffness necessary for insertion.

Odor/Taste
No taste or odor was perceived by the patients who had Phocal disks placed.

Effectiveness
Eighty percent of consultants perceived the concentrated fluoride of Phocal as effective. They were optimistic about the potential for the precise, local delivery of fluoride without the need for patient compliance. Compared to watching demineralized spots or taking the “wait and see” approach, 85% of consultants reported Phocal disks were beneficial by offering a proactive treatment. This clinical evaluation did not include long-term follow-up of remineralization.

Summary
Consultants compared Phocal disks to various fluoride/ACP pastes and fluoride rinses available professionally and over the counter. Forty percent of consultants rated Phocal better than other remineralization methods they had used and 35% rated it equivalent. Fifty percent would switch to Phocal and 60% would recommend it. 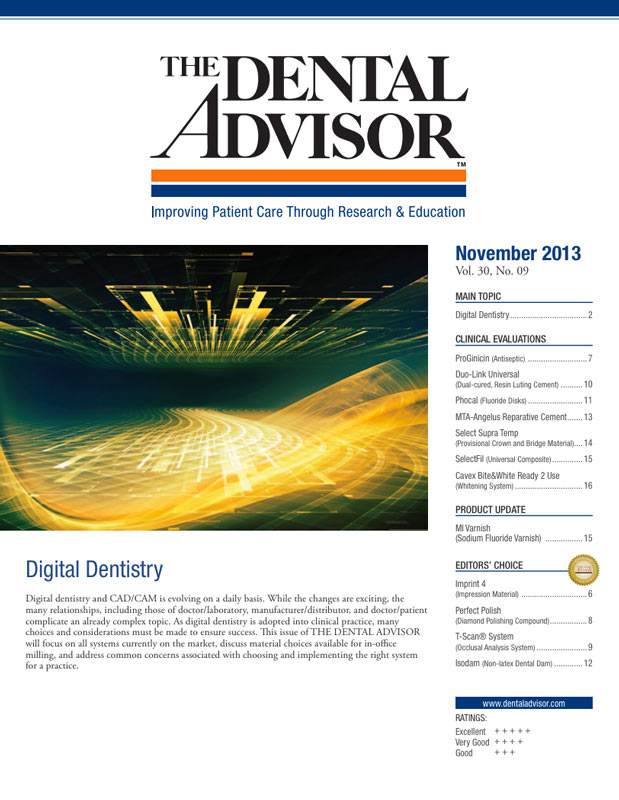