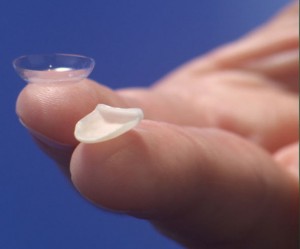 LUMINEERS® BY CERINATE® are leucite-reinforced, pressed ceramic veneers. Minimal to no tooth reduction is needed to accommodate these restorations of as little as 0.2 mm of thickness. When traditional tooth preparation is utilized, the same Cerinate ceramic is used. Resin cement such as Ultra-Bond Plus with Tenure MPB (Multi-Purpose Bonding System) is recommended for cementation of LUMINEERS. This product received a 96% clinical rating. 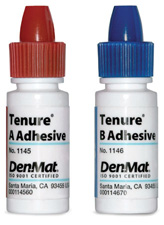 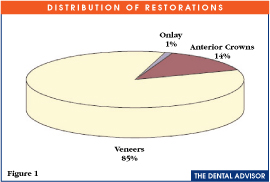 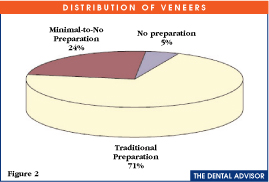 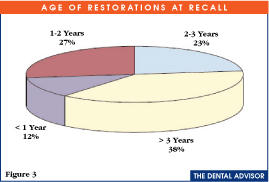 Resistance to Fracture
During the four-year clinical evaluation of LUMINEERS, five patients experienced chips or fractures of their restorations, including six anterior veneers and one premolar of traditional thickness (Figure 4). Six restorations were replaced and one was polished. All fractures occurred during the first year of placement. Three anterior veneers of minimal preparation and one veneer of traditional preparation debonded and were recemented. 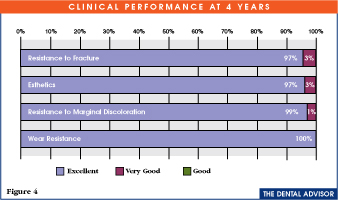 Esthetics
LUMINEERS continue to provide excellent esthetics and vitality after four years in service. The life-like appearance and gloss have been maintained from the time of insertion. Of the 269 restorations placed, nine restorations on two patients exhibited surface stain which was readily removed with a ceramic polishing system (Figure 4). The stain has not returned.

Resistance to Marginal Discoloration
No microleakage was reported in 99% of LUMINEERS (Figure 4). During the first year in service, two anterior veneers experienced black marginal staining and were replaced. No additional microleakage has occurred.

Wear Resistance
No visible wear was noted on any of the LUMINEERS BY CERINATE (Figure 4). No wear of opposing dentition was attributed to the ceramic.