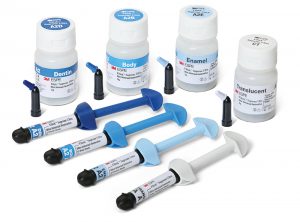 These restorations were evaluated in the following categories: esthetics, resistance to fracture/chipping, resistance to marginal discoloration, and wear resistance. Each parameter was rated on a 1-5 scale: 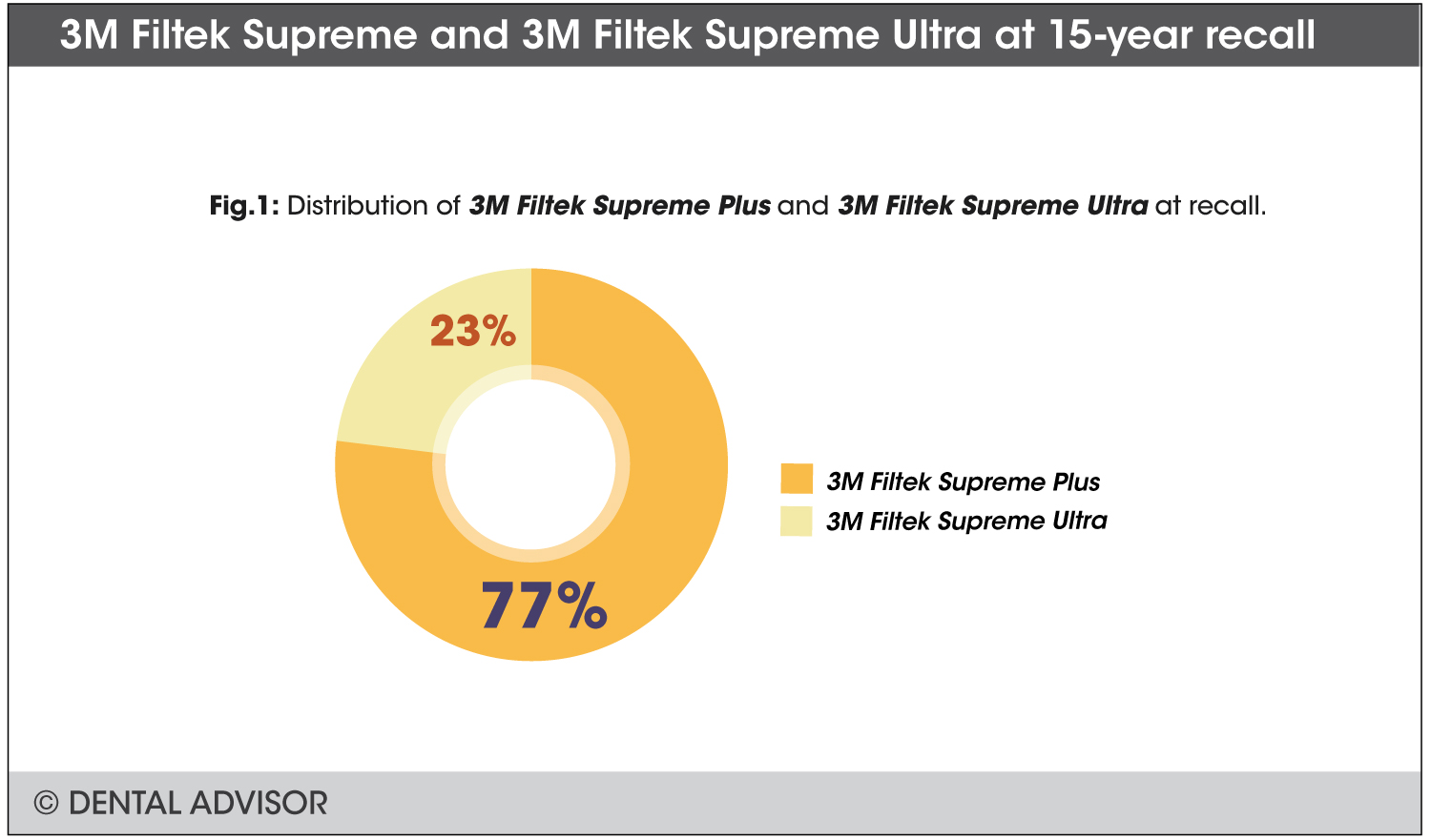 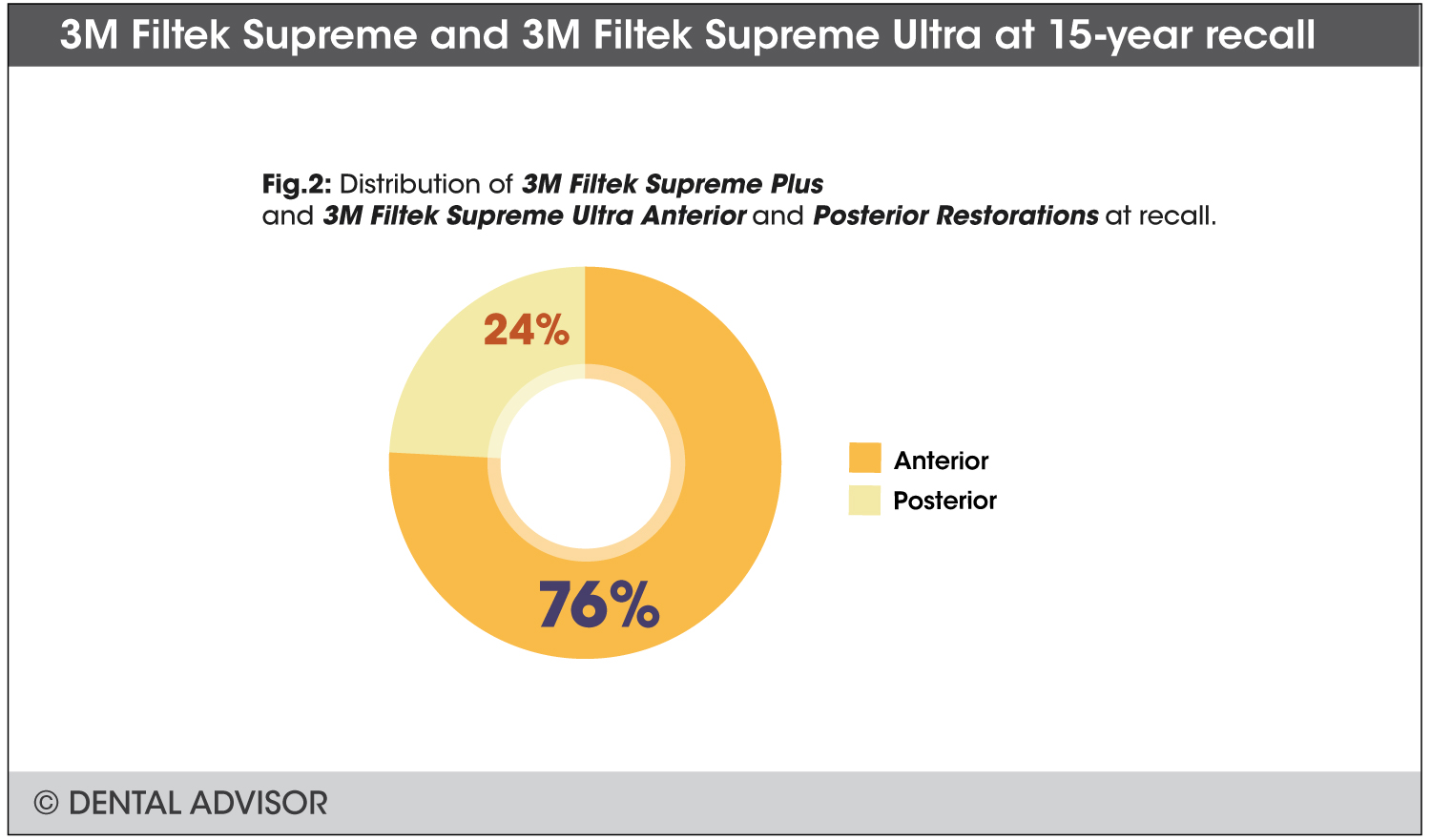 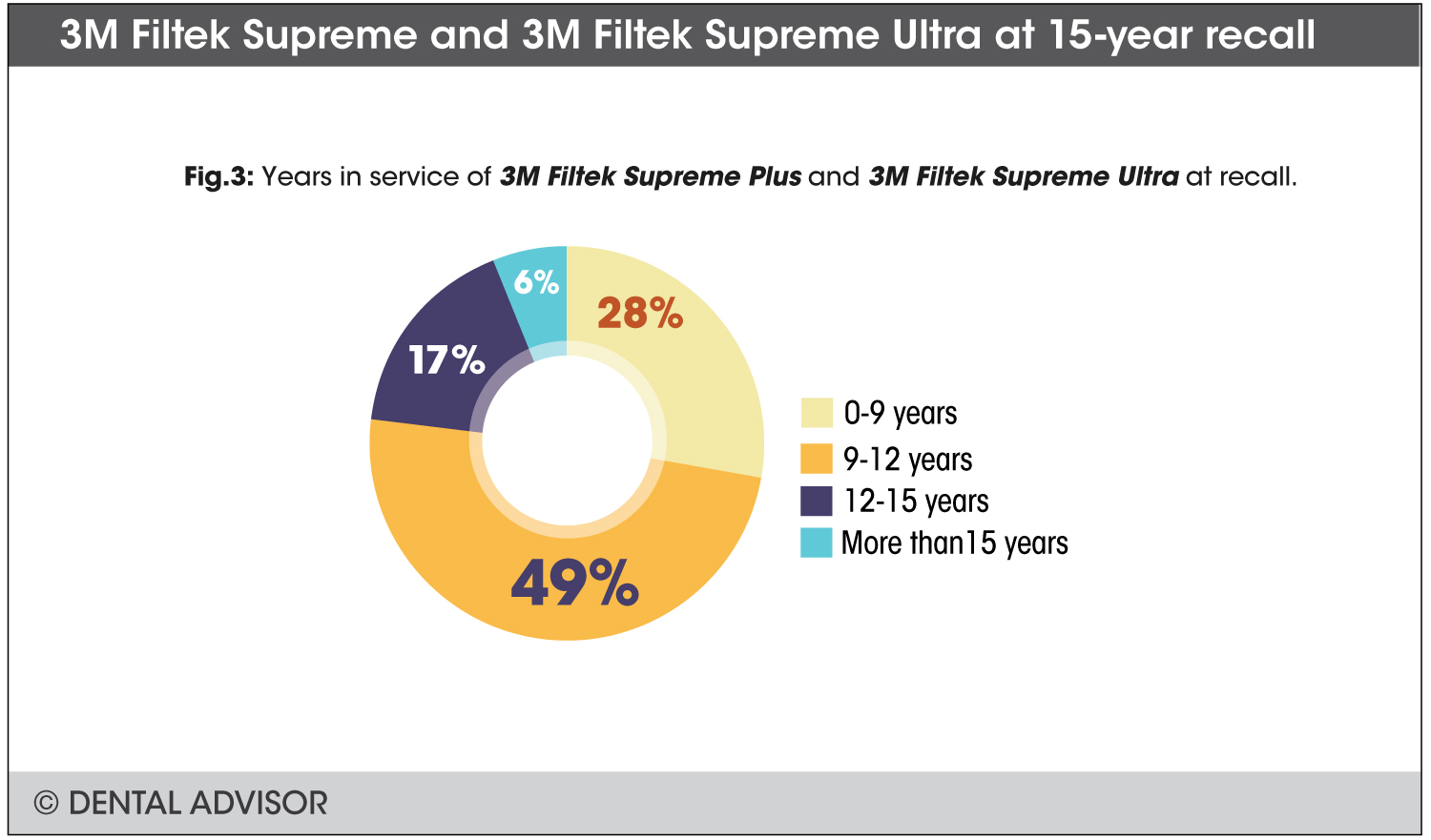 The many shades of 3M Filtek Supreme Plus and 3M Filtek Supreme Ultra blended very well with the surrounding enamel and dentin. Eighty-eight percent of the restorations received an excellent or five rating, while 10% received a very good or 4 rating, and only two percent received a rating of good or 3 (Figure 4). The improvement in fluorescence achieved with the new formulation of 3M Filtek Supreme Ultra is noticeable. There has also been an improvement in shade stability over time. Only a handful of the restorations were replaced due to lack of esthetics. Many of the recalled restorations exhibited a very shiny and smooth surface texture, making it almost impossible to distinguish from the actual tooth.

Ninety-two percent of the recalled 3M Filtek Supreme Plus and 3M Filtek Supreme Ultra restorations had no visible staining at the margin and received a rating of 5 (Figure 4). Six percent had minimal staining at the margins not requiring replacement with a rating of 3 or 4. Only two percent of the restorations needed to be replaced due to marginal discoloration. Marginal discoloration is often the result of compromised bonding or excessive stress resulting in weakening of the bond and subsequent micro-leakage. 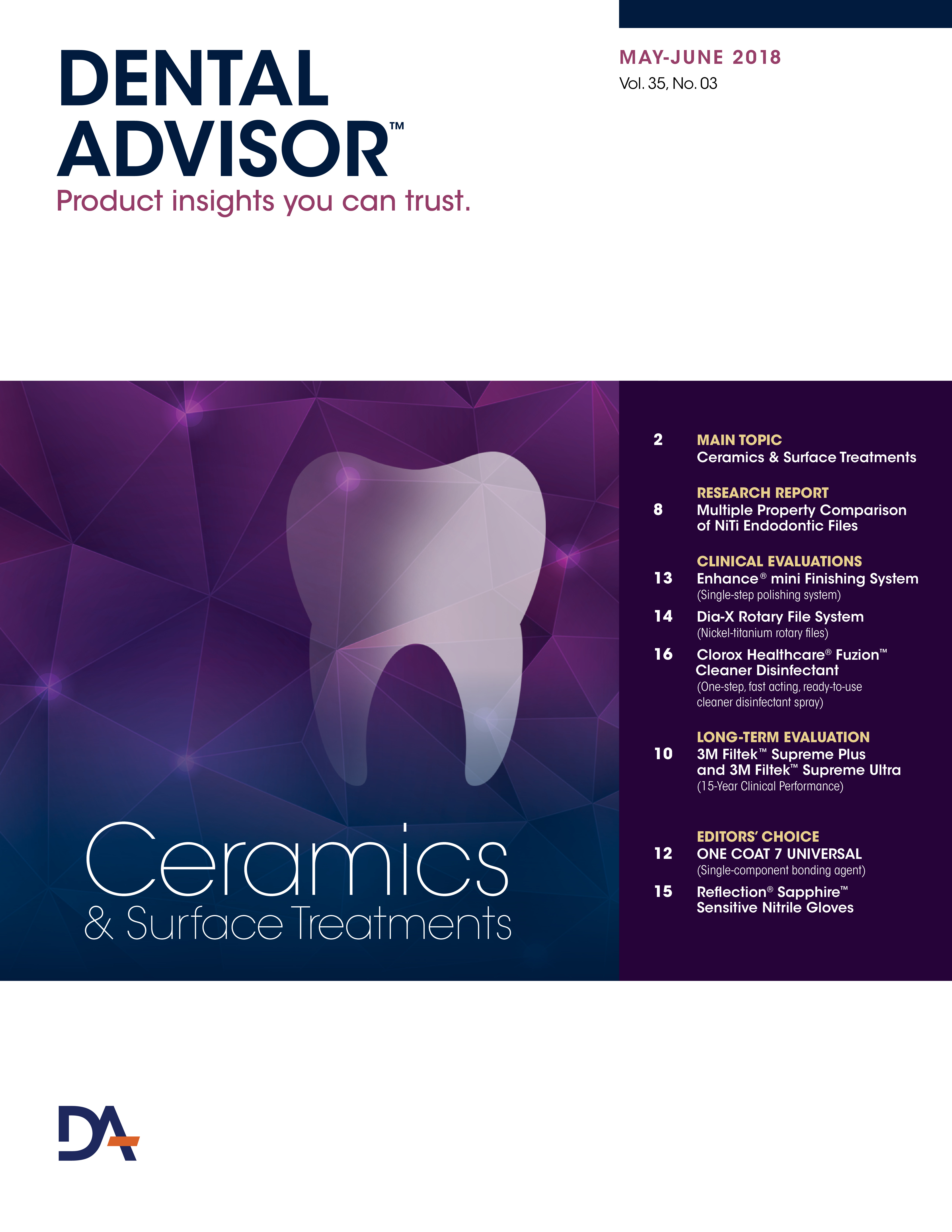